Going to Gaza Ten Days That Changed the World., a sequel to the novel Stillpoint, by Colin Mallard.

“I believe that unarmed truth and unconditional love will have the final word in reality.”
Martin Luther King 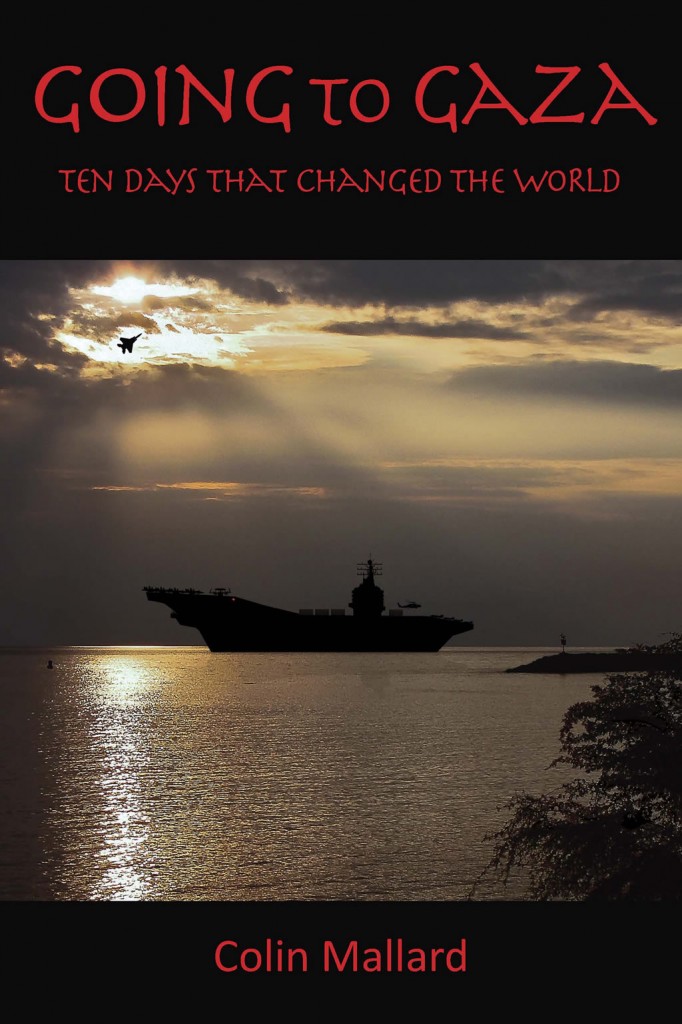 Going to Gaza Ten Days That Changed the World, weaves an amazing story, an allegory set in one of the most persistent conflict areas of the world. Our inability to solve this conflict has undoubtedly contributed to the rise of violent religious fundamentalism.

What can we do? Seventy years of continuous war suggests we haven’t found the solution. What if we tried something else, something really different, something never tried before?

Going to Gaza is about such an undertaking. It is an exciting and suspense filled story, a sequel to the award winning book, Stillpoint, a novel of war, peace, politics and Palestine.*

Going to Gaza poses the question: “What happens when truth takes precedence over belief, when softness overcomes the hard and gentleness the inflexible?”

The events described in Going to Gaza are a combination of fact and fiction, of beautiful dreams and ugly realities—reflections of us, our nature as human beings.

“George Santayana is well known for his comment concerning history “We either learn from it or we’re condemned to repeat it.” Sadly we don’t seem to learn.

Once in a while, however, something happens, we throw back the prison gates of ignorance and understanding takes place. That is where peace lies—for all of us. I hope the book will open our eyes and give us a glimpse of what is possible.
Martin Luther King stated, “I believe that unarmed truth and unconditional love will have the final word in reality” It takes great courage but I think he’s right.

“Carefully crafted and powerfully written…balanced beautifully between action and dialogue. Be prepared for an amazing journey. Going to Gaza Ten Days That Changed The World, is a true gem.”

Randy Kaneen, author of “In Search of Sticks.”

“What if world leaders acted with reason and in the best interests of humanity? Exceptional writing, a must read.”